Canada ranked the second best country in the world

Canadians have reason to celebrate, as the country was just ranked the second best country in the world.

The 2020 Best Countries Report a ranking and analysis project by U.S. News & World Report, BAV Group and the Wharton School of the University of Pennsylvania, evaluates the perceptions of 73 nations across a range of categories.

Categories such as economic influence, military might, education and quality of life helped determine which countries wield the most influence on a global scale.

“The goal of the Best Countries report is to understand how global perceptions are related to investment, foreign trade and tourism of a nation,” said David Reibstein, professor of marketing at the Wharton School, in a statement.

Canada came in second in the overall report, surpassed only by Switzerland and followed by Japan, Germany and Australia.

Here are the top 10 best countries in the world according to the report.

The report also includes several other more specific “Best of” lists, of which Canada tops the “Quality of Life” and “Most Transparent Countries” categories. Canada was also found to be considered the trustworthiest country in the world.

It also found that residents from all over the world agreed — more often than not — on three issues: the effects of climate change, global anxiety about technology and the need for gender equality.

“This year’s Best Countries rankings continue to show us human rights, diversity, sustainability and free trade are all top of mind for many worldwide, connecting us together,” said Michael Sussman, CEO, BAV Group, in a statement.

“These fundamental topics are vital to a nation’s brand strength and reflect how the quality of life can have a dramatic influence on global perception.”

The 2020 Best Countries list was compiled using data gathered from a proprietary survey of more than 20,000 business leaders, college educated individuals that are middle class or higher and general citizens who are nationally representative of their country. 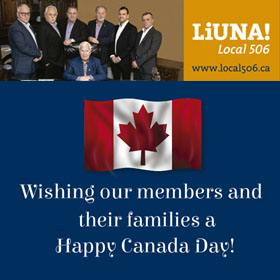