The Paradise Theatre is finally back!

After closing 13 years ago, the Paradise Theatre is finally coming out of hibernation.

On December 5, the heritage-designated art deco and art modern theatre at Bloor Street West and Dovercourt made its grand return.

The Paradise will screen three to four films every month, shortly after their first-run theatrical release, with a focus on independent and critically acclaimed features, in addition to themed film series.

Film is Paradise’s primary focus, but the theatre will also host interdisciplinary arts events like concerts, talks and comedy, including a cabaret improve show by Second City alumna Ashley Botting.

Jessica Smith, the director of programming, says part of her goal with Paradise is to collaborate with other curators and arts groups. “So many of these old historic cinemas have closed since I grew up here,” says Smith, “hopefully over time, people will trust us enough to show up and enjoy whatever the event may be.”

Ingrid is a journalist who specializes in Technology, economics, and tourism.

Through the Amazon on a train to visit the xikrin people 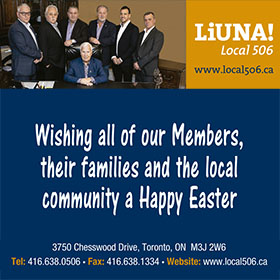